This project has received funding from the European Research Council under the European Union’s Horizon 2020 research and innovation programme
(Grant Agreement n. 669194)
← Back
Evgeni Mateev
Economist - Bulgarian Academy of Sciences (-) 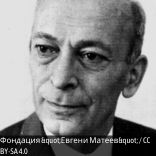 The most prominent critic of Bulgarian economic reforms of decentralization in the late 1960s; he held various leadership positions in the state administration; in 1973, as the Chairman of the Council for Reproduction of Material Resources, he authored an in-depth comparative study of the CMEA and the EEC circulated in the Ministry of Foreign Trade.