This project has received funding from the European Research Council under the European Union’s Horizon 2020 research and innovation programme
(Grant Agreement n. 669194)
← Back
Kazimierz Secomski 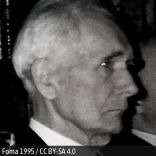 Academic expertise in the problem of investments made Secomski valuable for the political elites. In the 1970s, he participated in policy-making on a day-to-day basis. He regularly attended government meetings and participated in the debates. While lobbying for faster economic growth and increase in modern investment in the late 1960s and early 1970s, he aimed to ease this policy in the late 1970s.