This project has received funding from the European Research Council under the European Union’s Horizon 2020 research and innovation programme
(Grant Agreement n. 669194)
← Back
Mieczysław Rakowski 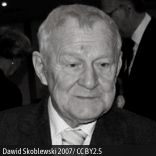 Since the 1950s, Rakowski was considered a 'licensed opposition'. As the editor in chief of liberal ‘Polityka’, he contributed to popularising new political ideas including opening towards the West and modernisation. In his numerous books and articles, he advocated these ideas already in the 1960s. He played a particularly important role for the Polish rapprochement with West Germany, where he regularly travelled. He also maintained close relationships with West German politicians, experts and businessmen. In the 1970s, Rakowski often participated in the PUWP and government meetings concerning foreign policy. He was on friendly terms with the majority of the leadership members including Edward Gierek, Piotr Jaroszewicz, Stefan Olszowski, Józef Pajestka and many others. One of the few influential figures, concerned with the ideological implications of opening towards the West.