This project has received funding from the European Research Council under the European Union’s Horizon 2020 research and innovation programme
(Grant Agreement n. 669194)
← Back
Mirko Tepavac 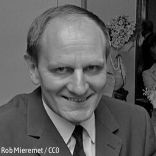 Mirko Tepavac was the Federal foreign affairs secretary from 1969 to 1972. During this period, he gave a fundamental contribution to the country’s predicaments towards Western European economic integration. A representative of Serbia’s “liberal” wing which was purged by the LCY in 1972, during his mandate he made Yugoslavia’s foreign ministry a pivotal actor in Yugoslavia’s dealing with both the EEC and EFTA. Working hand-in-hand with the Member of the Federal executive council involved in dealings with the Community – in primis Toma Granfil – he promoted a de-ideologized and pragmatic approach towards processes of integration in Western Europe, depicting the EEC member states as needed political partner to balance relations with the Soviet Union and COMECON. In the bilateral domain, he strived to strengthen relations with Italy and Federal Germany – Yugoslavia’s major economic partners in Western Europe. In this field, he worked closely with Boris Šnuderl.