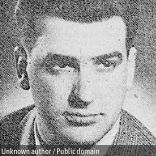 From the mid-1960s to the late 1970s, Boris Šnuderl was one of the leading actors of Yugoslavia’s policy towards the Western European economic system. A member of the Yugoslav government from 1971 to 1974, he was responsible for Yugoslavia’s relations with the EEC, EFTA and the OECD. At the same time, from 1966 to 1975, he was Yugoslavia’s representative within the Italian-Yugoslav Mixed Commission for Economic Cooperation. Within the Commission for Foreign Economic relations of the FEC, Šnuderl advocated Yugoslavia’s pro-active stance within the EEC, highlighting the need to develop relations with the Community as as a means to face the country’s balance of trade problems. He publicly addressed this view in internal debates within the president Federal executive council (Dzemal Bijedić), in internal conversations with the Cabinet of the President of the Republic (in particular with Marko Vrhunec), in direct dealings with Yugoslavia’s embassy to the EEC (Petar Miljević), and through a number of articles published between 1973 and 1975 in Medjunarodna Politika. Šnuderl also identified Italy as Yugoslavia’s crucial partners within the Community. Together with Miloš Minić, he negotiated the Osimo Treaty with Italy and conceived the creation of a free-trade area encompassing the bordering regions of the two countries. For him, this was a way a favour Yugoslavia’s – and Slovenia’s – economic ties with the Western European economic system.