This project has received funding from the European Research Council under the European Union’s Horizon 2020 research and innovation programme
(Grant Agreement n. 669194)
← Back
Janko Smole 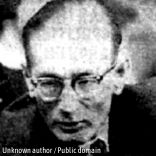 A leading member of the Slovene branch of the LCY, Smole hugely contributed to debates on Yugoslavia’s stance towards Western European economic integration as a member of the Yugoslav government in charge of relations with the EEC between 1974 and 1978. Working closely with Džemal Bijedić and Boris Šnuderl, within the Yugoslav federal government Smole insisted on the political and economic importance of Belgrade’s rapprochement to the EEC. Aware of Yugoslavia’s financial imbalance, within the Yugoslav government he insisted on the need to modernise the country in order to keep the pace of economic integration in Western Europe. His main contribution concerned his personal involvement in Yugoslavia’s application for the European Investment Bank (EIB) financial loans. In his view, EIB loans were to be a political gesture demonstrating Yugoslavia’s involvement in long-term infrastructural projects linking the Western Balkans to the Common Market.